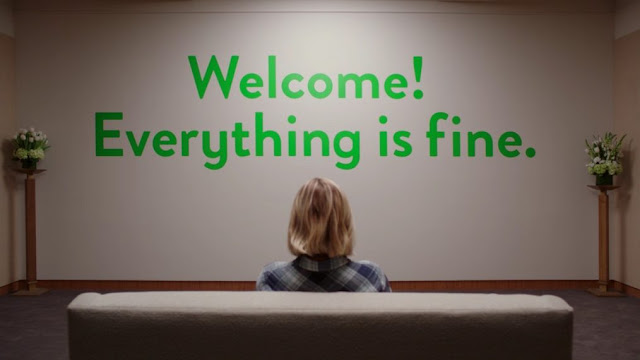 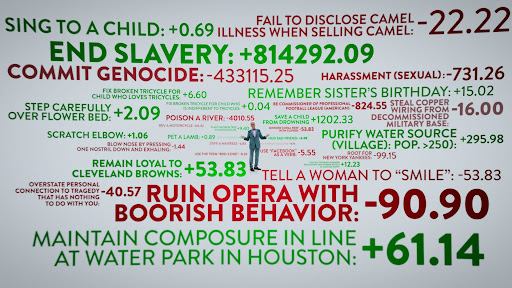 Week 13 Story: Pandavas Reborn ( Good Place Points ) [Dharma sits across from the Pandavas at his desk with a stack of files in front of him. The celestial sires of each Pandava are standing around Dharma.] DHARMA: I don't typically do this because I'm not supposed to reveal too many details about your next life, but your fathers asked me to help you earn permanent residence here in Indra's Swarga with them. Sahadeva, we'll start with you. The thing that brought down your karmic balance the most was your pride and vanity. You were very wise because of your past life, but unfortunately you were aware of your wisdom and you used it as a standard to compare yourself to others. SAHADEVA: How will I fix this in my next life if I don't remember this conversation? DHARMA: Hopefully your new life will help teach you this lesson. You will be born into a poor family. You will have a lower social status, but your parents will be humble and raise you with hu 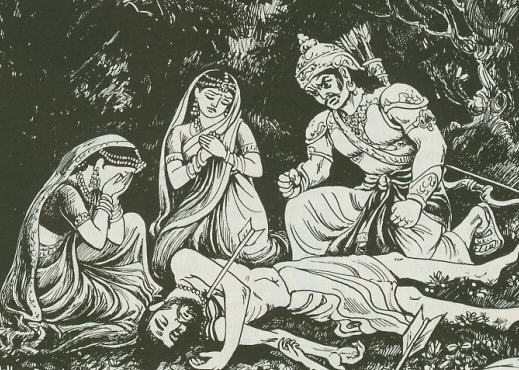 Reading Notes: Pattanaik's Jaya, Part B ( Madri and Pandu ) Story Source:  Jaya: An Illustrated Retelling of the Mahabharata  by Devdutt Pattanaik (2010). Birth: Satyavati's granddaughters-in-law Yamuna Kunti's swayamvara Pandu Note:Dhritarashtra was blind, so Pandu became king, but he was also disabled (sterile and impotent) but less disabled than Dhritarashtra Birth of Kunti's Children Pandu kills sage in the form of an antelope mating, cursed Pandu to die after trying to conceive divine sires Note: 4 men is okay, but 5 makes a woman a whore (like Draupadi, but not Kunti) Birth of Gandhari's Children kauravas incubated in jars for years before becoming humans The world could tell Duryodhana was evil Dusshasana, Dusshala the girl, Yuyutsu from the maid capable but disqualified from throne Birth of Madri's Children divine sire Kunti limited Madri's children because she wanted to keep her power  Yama, Indra, Vayu,